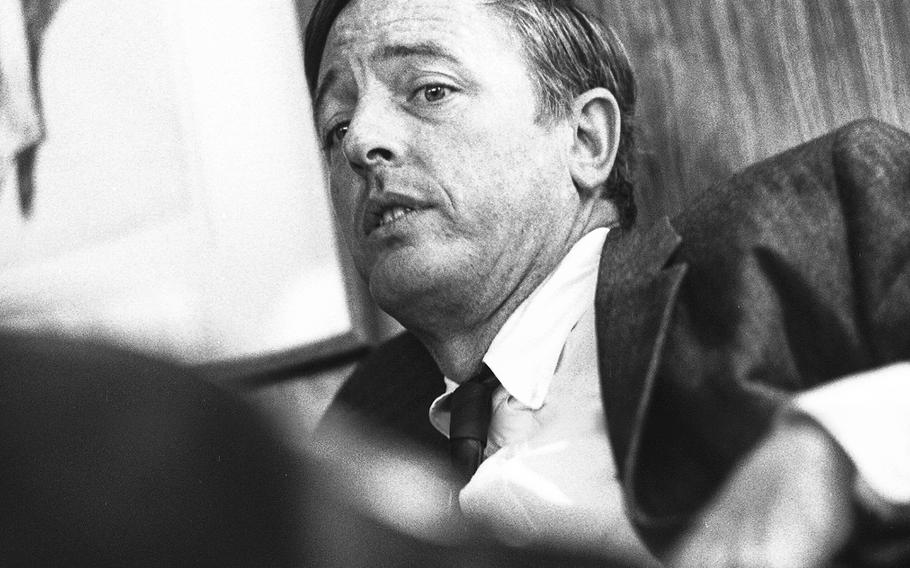 Jim Cole ©Stars and StripesFrankfurt, West Germany, October, 1968: Author and columnist William F. Buckley Jr., founder of the National Review, host of TV's "Firing Line" and a leader of American conservatives for decades, makes a point as he talks with reporters at a Frankfurt hotel. Buckley predicted that Richard Nixon would win the upcoming presidential election, and added that Nixon's running mate, Spiro Agnew, "kind of fascinates me. He's the only spontaneous thing in town and he obviously hasn't been schooled in Madison Avenue politics — I like that. You either have to assume that Nixon was mad to choose him or there's something there that doesn't easily meet the eye."