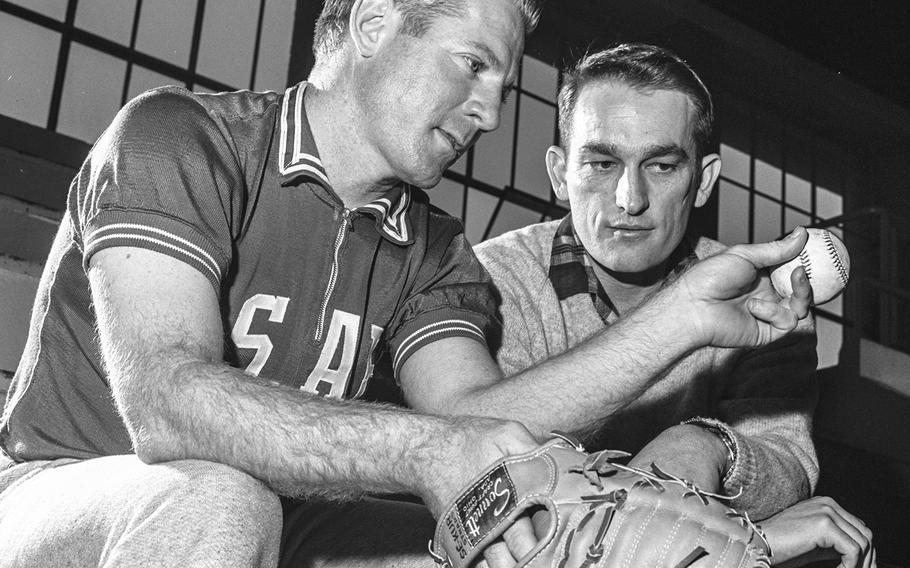 Lloyd Borguss ©Stars and StripesWiesbaden, Germany, January, 1966: New York Yankees pitcher Whitey Ford gives pointers to Johnny Ross, the ace of the Darmstadt Comets service baseball team, during a USAFE clinic at Wiesbaden Air Base's gym. Ford, a future Hall of Famer and the Yankees' leader in career wins, was joined on the clinic staff by 1965 American League Rookie of the Year Curt Blefary of the Baltimore Orioles, A.L. umpire Bill Kinnamon and Yankee coaches Frank Crosetti and Jim Hegan. Asked about his team’s chances, Ford predicted that “the league is going to be close from now on. The years of Yankee domination are over.”