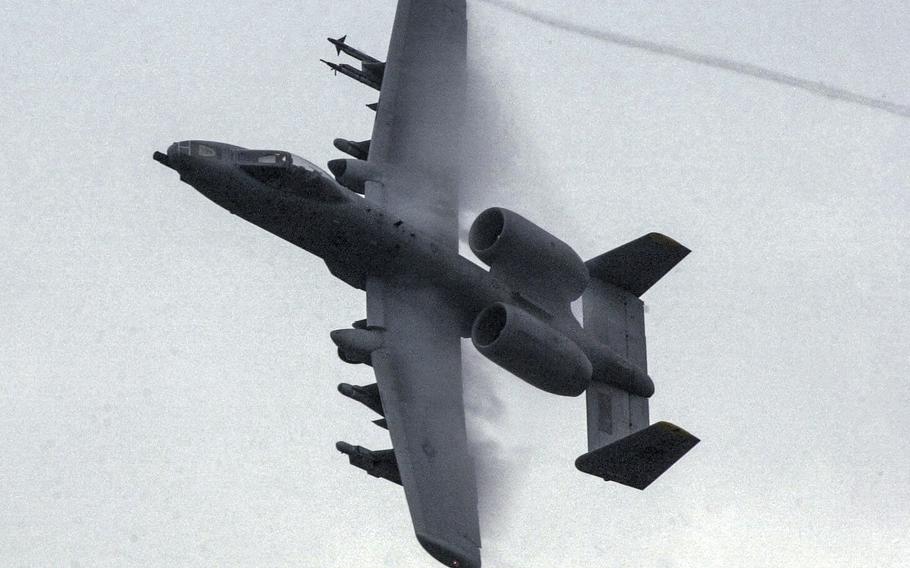 Scott Schonauer ©Stars and StripesBelgium, August, 2005: An A-10 "Warthog," an aircraft beloved by both the pilots who fly it and troops on the ground it's there to protect, soars over the Helectern range in Kleine Brogel, Belgium, during an air-to-ground weapons competition. The Spangdahlem, Germany-based 52nd Fighter Wing’s 81st, 23rd and 22nd fighter squadrons took 11 out of the 15 awards; three of the squadrons' pilots earned top honors, with Capt. John Buske taking home the title of Overall Top Gun.

RELATED MATERIAL: Stars and Stripes' 2005 story about the competition.