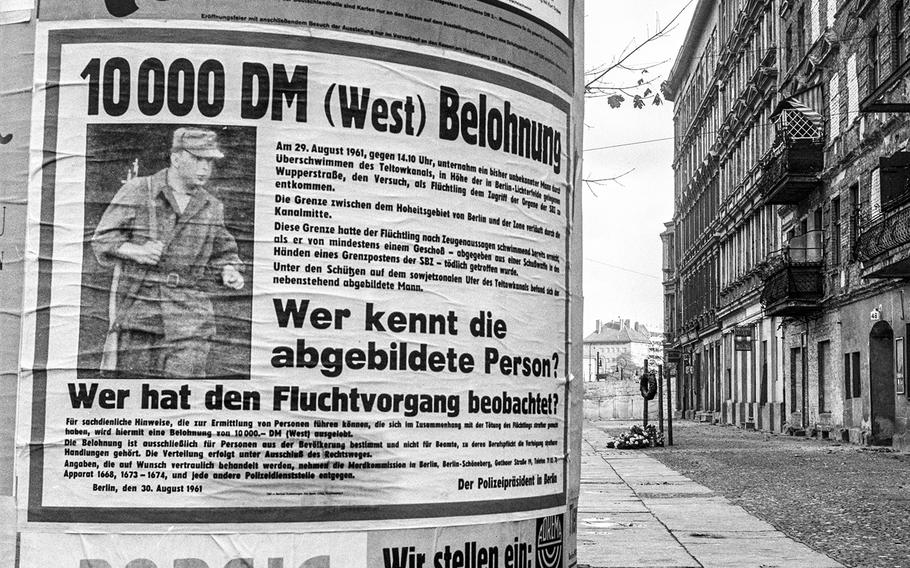 Gus Schuettler ©Stars and StripesBerlin, 1961: A police poster in Berlin offers a reward of 10,000 West German marks in an effort to bring to justice the Communist border guard who fatally shot 27-year-old Roland Hoff, who was trying to escape to the west by swimming across the Teltow Canal. On the right is a memorial below a building whose windows have been bricked up; eventually, most structures on the border were torn down and replaced by sections of the Berlin Wall. Before the Wall came down in 1989, 254 people were slain trying to cross barriers that Soviet leader Nikita Khrushchev insisted were there to keep Westerners out.