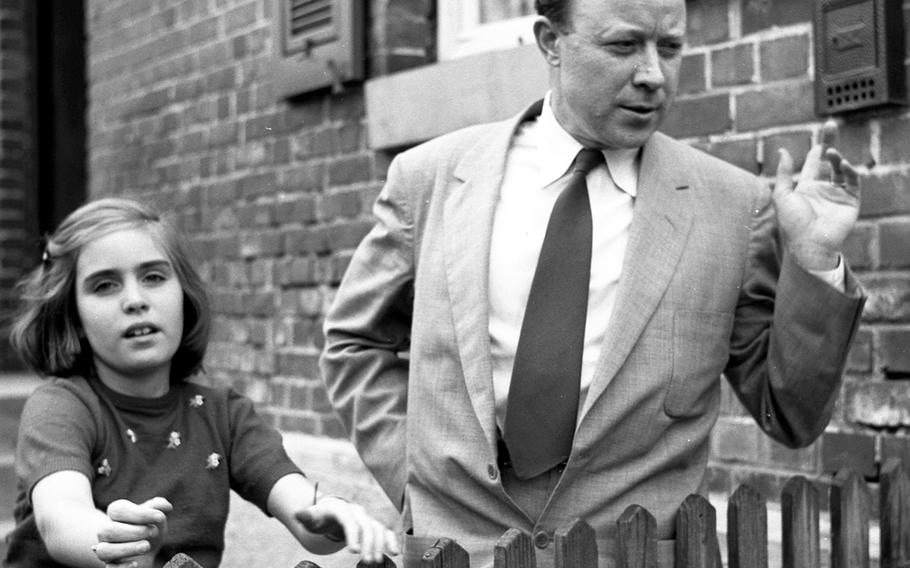 Ted Rohde ©Stars and Stripes Ruit, West Germany, July, 1953: American labor leader Walter Reuther, president of the Congress of Industrial Organizations (CIO), makes a point as he talks to a reporter during a visit with relatives in the Stuttgart area. With him is his 11-year-old daughter, Linda. Also visiting Germany that month was George Meany, head of the American Federation of Labor (AFL); over the next two years he and Reuther would work together to merge the two groups into the AFL-CIO. In the early 1960s, Reuther was an active civil rights advocate who spoke at Dr. Martin Luther King Jr.'s March on Washington. He died in a plane crash in 1970.