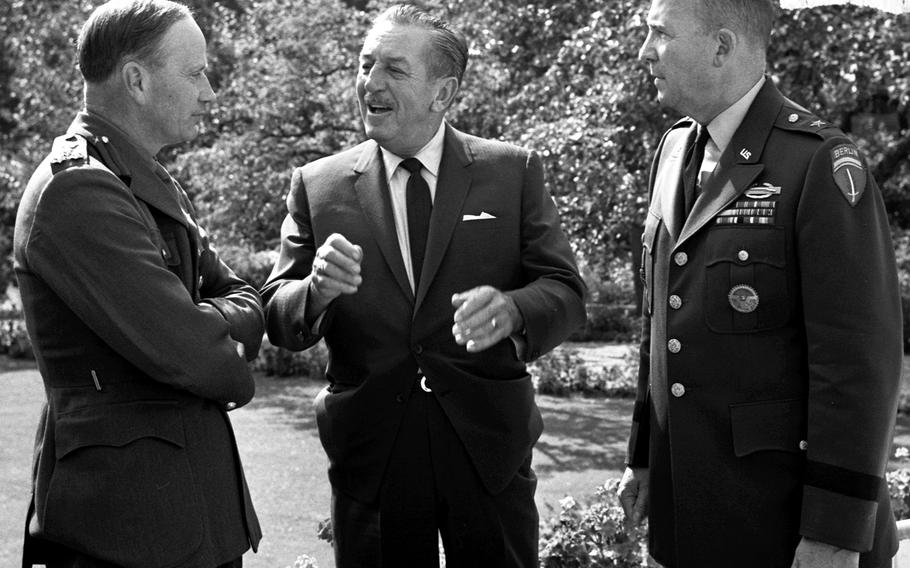 Gus Schuettler ©Stars and StripesBerlin, September, 1963: The generals flanking him may have been experts on the defense of West Berlin during the height of the Cold War, but the visitor in the middle was unmatched when it came to decision-making in the entertainment world. Brig. R. H. Whitworth, left, British brigade commander in Berlin, and Brig. Gen. Frederick O. Hartel, commanding general of the U.S. Berlin Brigade, listen as Walt Disney — the genius behind Mickey Mouse, Disneyland and Disney World — talks about "Emil and the Detectives," the movie he was about to make in West Germany.