Visit behind the Iron Curtain, 1979 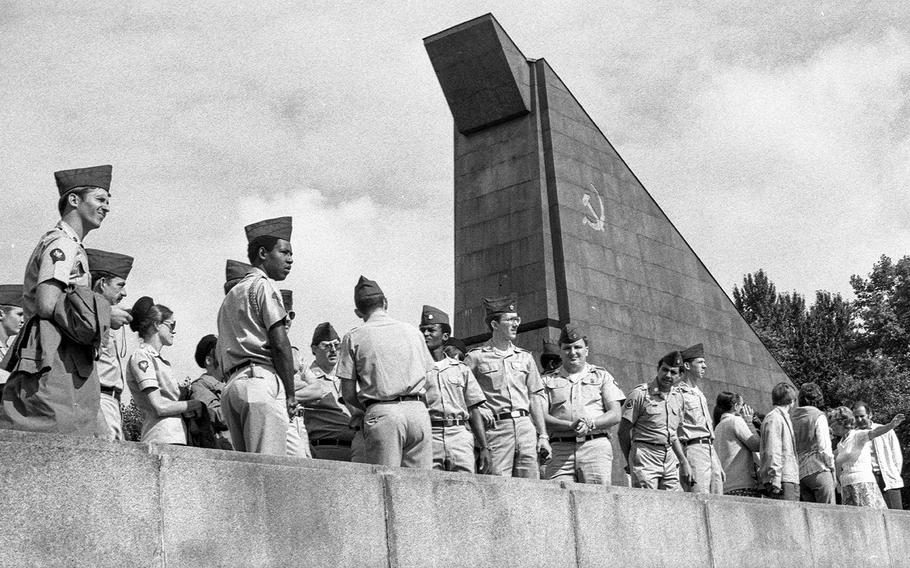 Jim Arwine ©Stars and StripesEast Berlin, March, 1979: American servicemembers visiting the "Garden of Remembrance" at East Berlin's Treptow Park stand in front of one of the two red-granite stylized Soviet flags that serve as a portal to the war memorial and resting place of more than 5,000 Red Army casualties from the World War II battle for Berlin. The orientation tour through Checkpoint Charlie and into the divided city's Eastern sector was intended to "increase the soldier's value to the United States Army, Europe, through better understanding of the USAREUR mission and the communist threat."

RELATED MATERIAL: Stars and Stripes' 1979 story about the USAREUR tours of East Berlin.