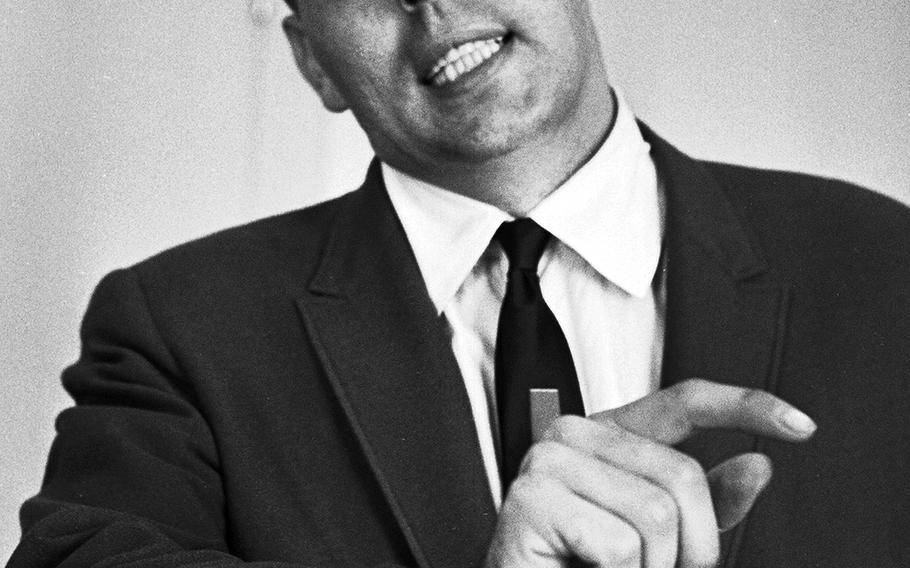 Merle Hunter ©Stars and StripesFrankfurt, Germany, July, 1963: Comedian Vaughn Meader does his finger-jabbing imitation of President John F. Kennedy during an interview on his return to Germany, where he served in the U.S. Army from 1953 to 1957. Meader won the 1962 Grammy for the year's best album — "The First Family," a collection of routines about the Kennedys and other world leaders — but his career collapsed with JFK's assassination in November, 1963.