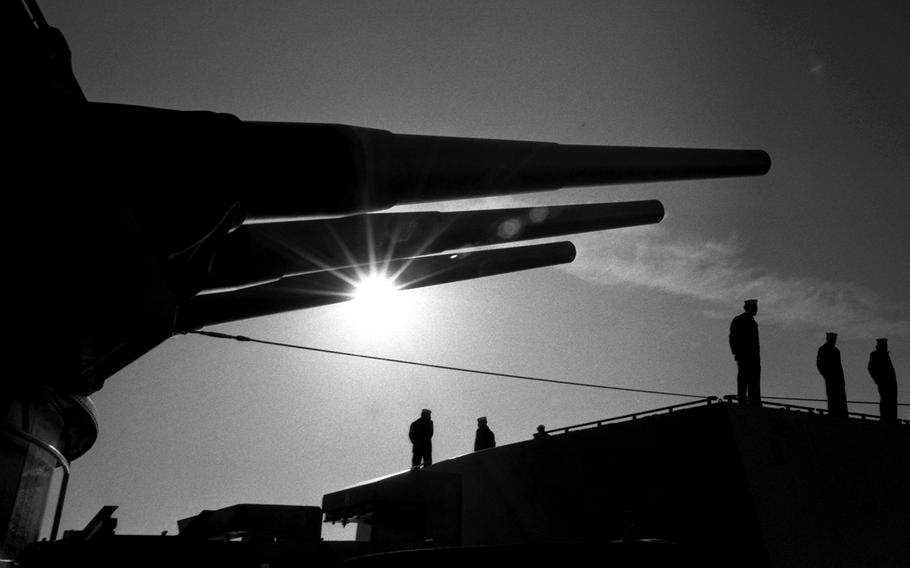 Tony Nauroth ©Stars and StripesBaltic Sea, October, 1985: The northern sun shines from behind the USS Iowa's guns during maneuvers in the Baltic Sea. The battleship drew large crowds of visitors during its stops in Scandinavian ports, and also reportedly attracted several Soviet and East German spy ships while in open water. Although U.S. officials wouldn't openly characterize the exercise as a message to the Russians, Danish Defense Minister Hans Engell said it "lets them know that the Baltic Sea is not a Soviet lake."