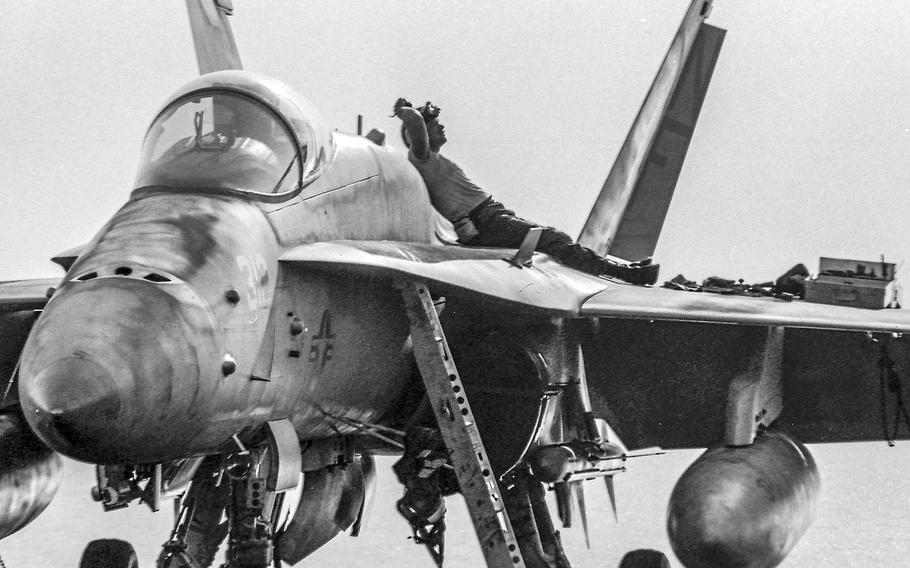 Ted Salois ©Stars and StripesPersian Gulf, September, 1992: A crew member takes a break on a very expensive deck chair aboard the USS Independence. The carrier and its planes were taking part in Operation Southern Watch, the post-Gulf War effort to prevent Iraqi aircraft from straying below the 32nd parallel.