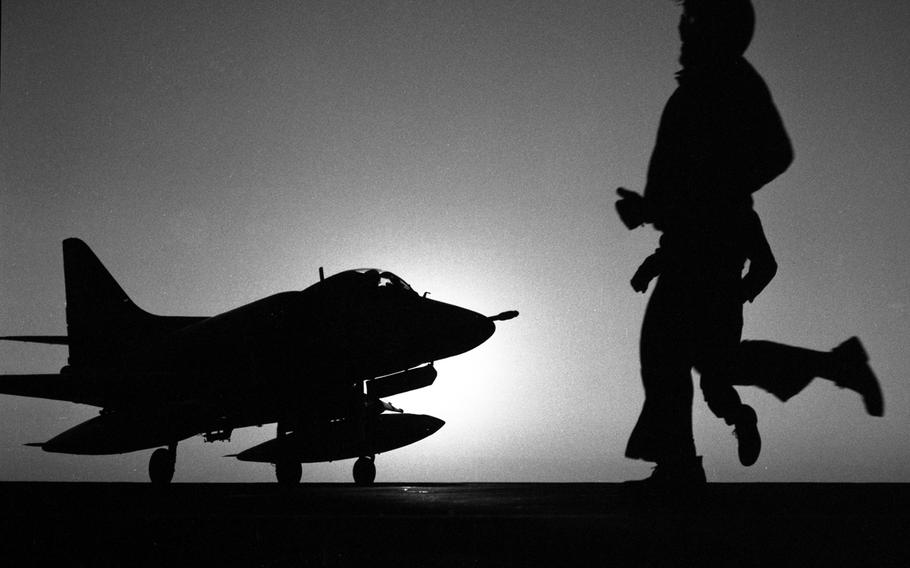 Red Grandy ©Stars and StripesMediterranean Sea, April, 1970: Men and planes on the deck of the carrier USS Forrestal are silhouetted against the setting sun as aircraft return to the ship after a mission. The Forrestal — named for the first Secretary of Defense, James V. Forrestal — was commissioned in 1955. On July 29, 1967, while the carrier was stationed off North Vietnam, a missile from an F-4 Phantom was accidentally launched, setting off a chain reaction of exploding fuel and planes that killed 134 crew members and injured another 64. The Forrestal was decommissioned in 1993.