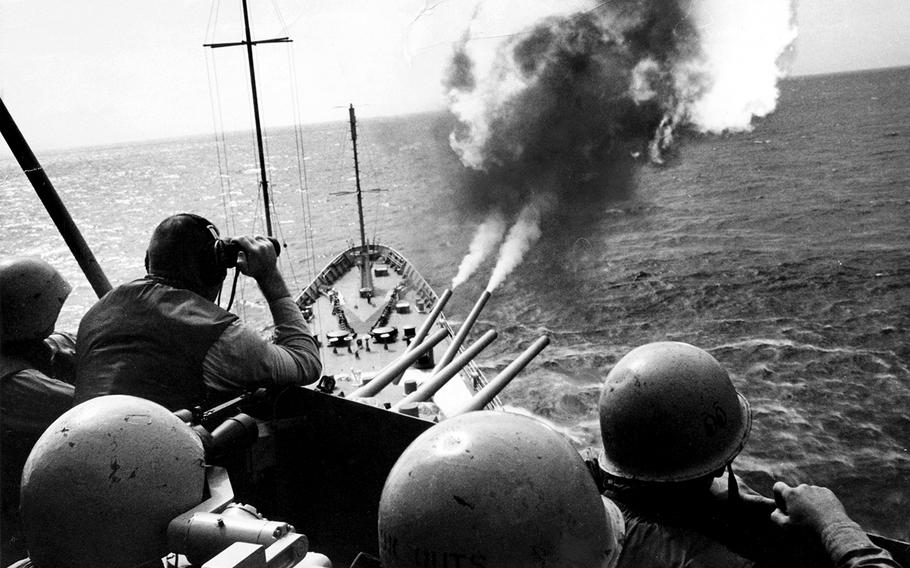 Russell Anderson ©Stars and StripesOff the coast of Vietnam, 1968: The bridge crew of the USS Canberra directs fire as the cruiser's guns open up on enemy targets which, according to the 1968 photo caption, include "troop concentrations, barracks, convoys, ammunition bunkers, rail yards, roads and bridges. Each fire mission helps take the pressure off Allied troops battling the Reds on shore."