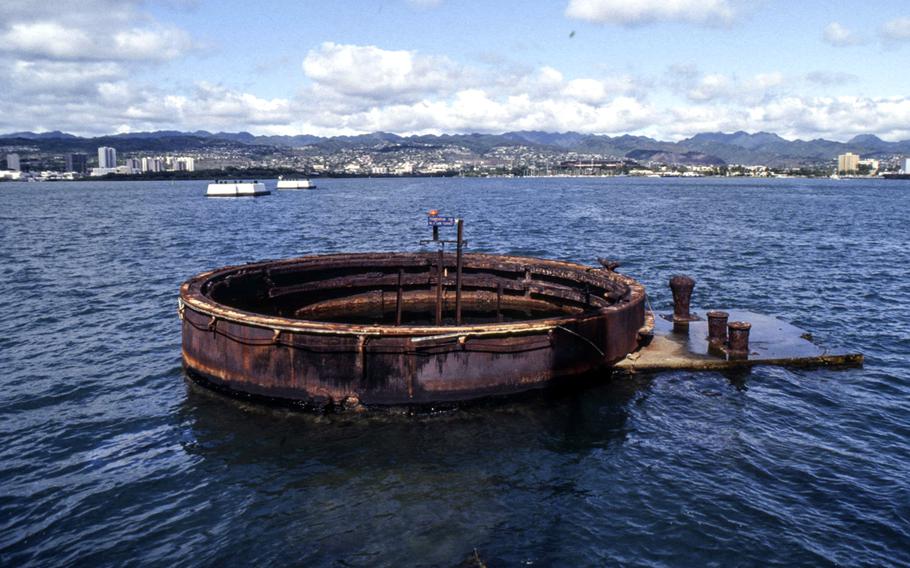 Lem Robson ©Stars and StripesPearl Harbor, Hawaii, November, 1991: A gun turret of the USS Arizona marks the spot where the battleship went down with a loss of 1,177 lives during the Japanese attack on Pearl Harbor 50 years earlier. Floating above the wreck is a memorial to those who died on the ship in the December 7, 1941, battle that brought the U.S. into World War II.