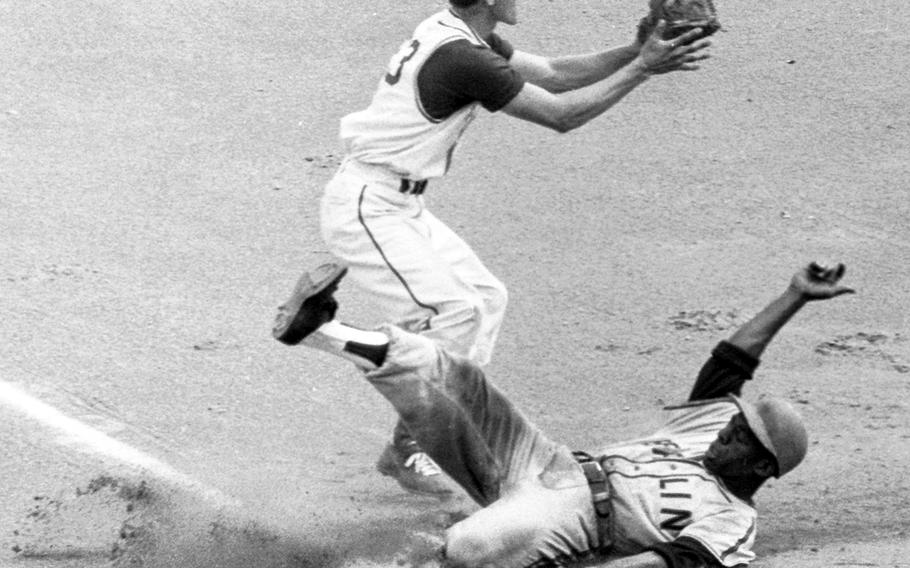 Joe Wesley ©Stars and StripesBerlin, August, 1965: Ray Hughes of the Berlin Braves slides into third base with a leadoff triple in the first inning of the USAFE baseball championship game against Spangdahlem at the Berlin Brigade Sport Center. Awaiting the throw from the outfield is the Pioneers' Jim Rozanski. Hughes scored on a sacrifice fly a few minutes later, and the Braves went on to win, 6-0. Taking part in the tournament were were Rota and Chateauroux of the France-Spain conference, Lakenheath and London of the U.K. conference, and the Braves and Pioneers of the Germany conference.