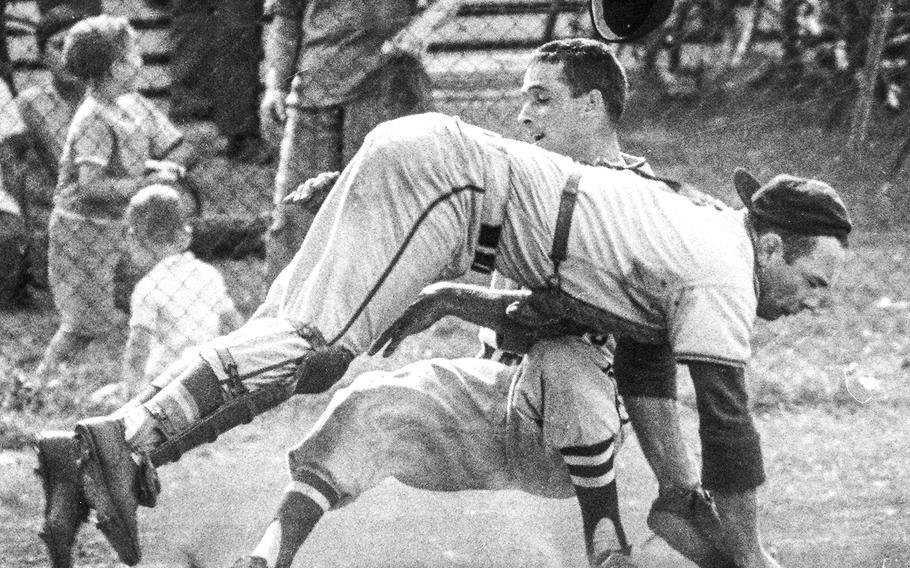 Red Grandy ©Stars and StripesWest Ruislip, England, August, 1964: Jerry Collins of the Ramstein Rams bowls over London Rockets catcher Gene Stokes to score the first run in a four-run, sixth-inning rally that sent the Rams on the way to a 9-6 win in the U.S. Air Forces in Europe baseball championship game. The game was tied at 1-1 when Collins, who had three hits and also played a solid game at shortstop for Ramstein, scored on a ground ball to second base.