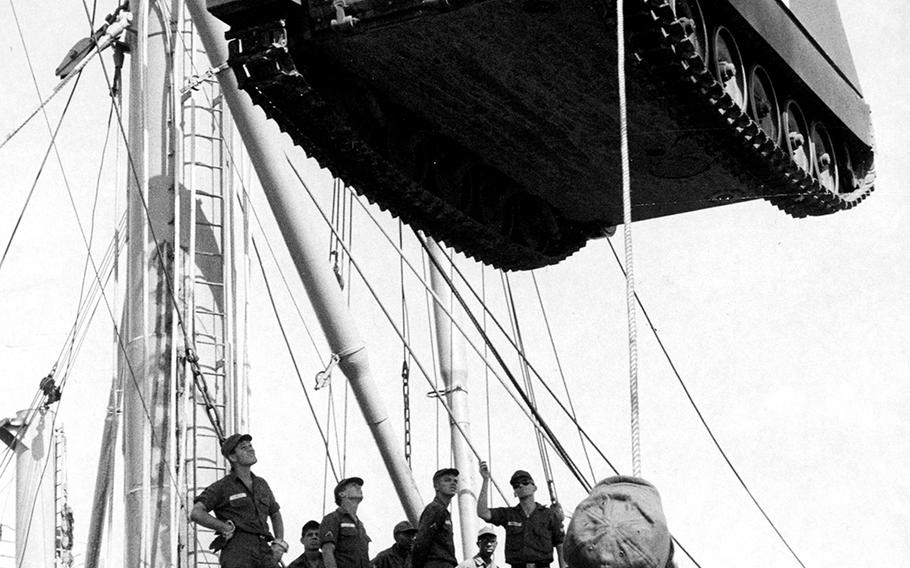 Andrew Headland, Jr.© Stars and Stripes Saigon, December, 1966: Soldiers from the 1st Logistical Command's 71st Transportation Battalion are pressed into service unloading military cargo from ship to shore after thousands of Saigon's stevedores walked off the job in a labor dispute. The strike, which began on Christmas Day, was soon settled, and the troops went back to their regular duties.