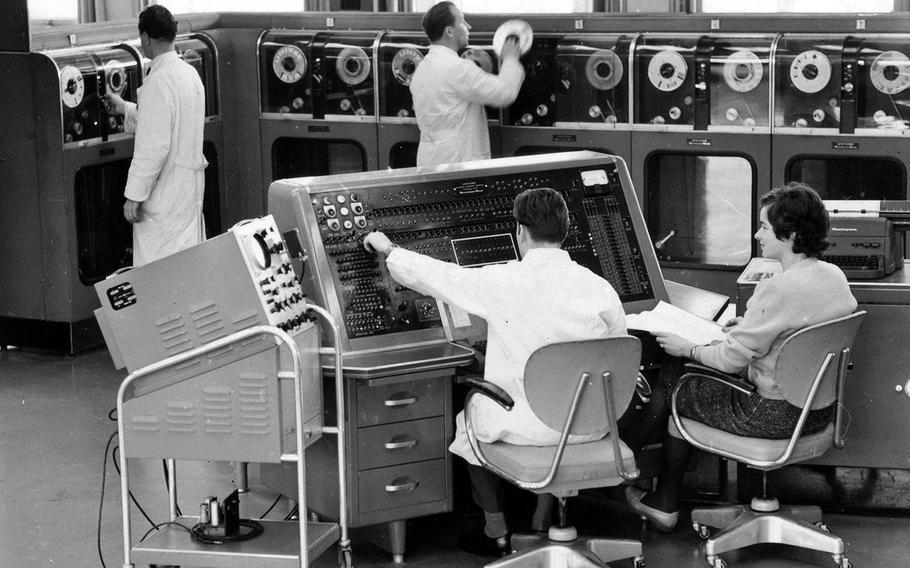 Gene Bane ©Stars and StripesFrankfurt, West Germany, October, 1956: Employees of the Battelle Research Institute operate the massive new UNIVAC 1, the world's first commercial computer, which was making its European debut at Frankfurt after being flown across the Atlantic two months earlier. It contained over 5,000 vacuum tubes and 18,000 crystal diodes, and weighed 19 tons. (Only part of it is shown here.) It had a memory of about 1,000 words, and a price tag in excess of $1 million.