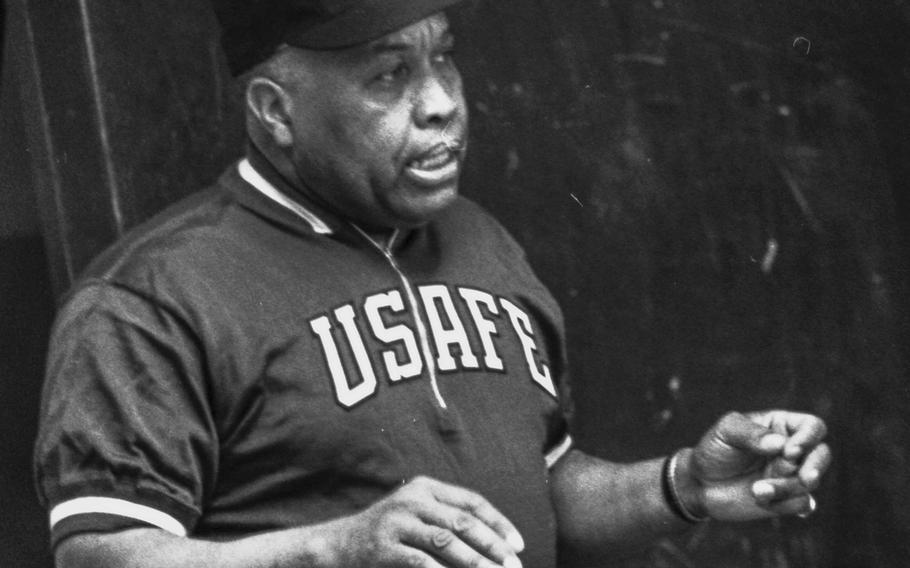 Joe Wesley ©Stars and StripesWiesbaden, West Germany, January, 1970: Emmett Ashford, major league baseball's first African American umpire, leads a session at the 1970 USAFE baseball clinic at Wiesbaden Air Base. Ashford, a World War II Navy veteran, umpired in the minor leagues for 15 years before finally getting his chance at the big time in 1966.