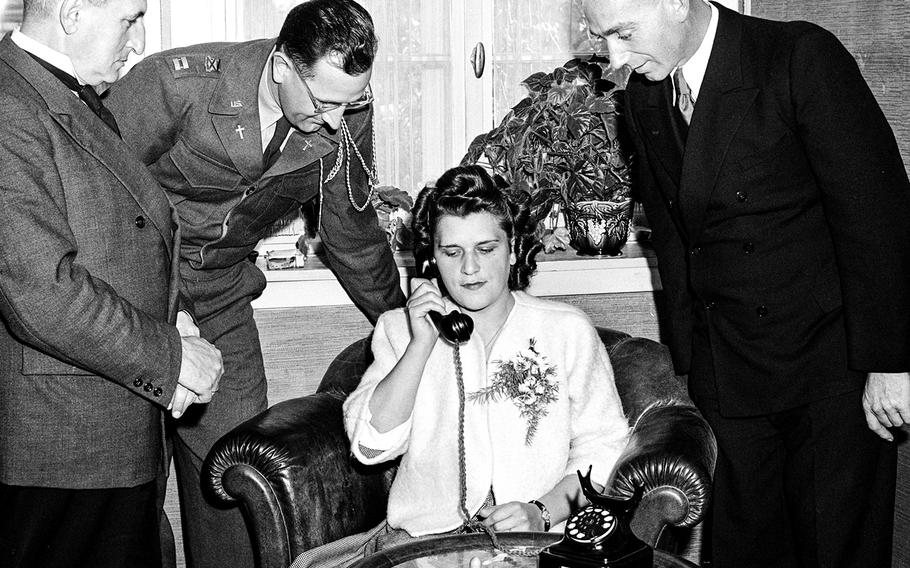 George Penn ©Stars and StripesWerheim, West Germany, October, 1949: Lisel Moeckel gets married on a seven-minute transatlantic phone call with U.S. Army Cpl. William R. Walton, on the line at Camp Hood, Texas. Witnessing the ceremony are, left to right, Lutheran Pastor Heinz Wagner (at whose home the group had gathered); Capt W. R. Hett, 18th Infantry chaplain; and Julius Moeckel, the bride's brother. A Stars and Stripes story explained that Lisel Moeckel "had intended to accompany Walton to his Decatur, Ga., home when he left the EC July 28, but her papers were not yet ready. She now expects to leave within about four weeks."

RELATED MATERIAL: Stars and Stripes' 1949 story about the transatlantic wedding.