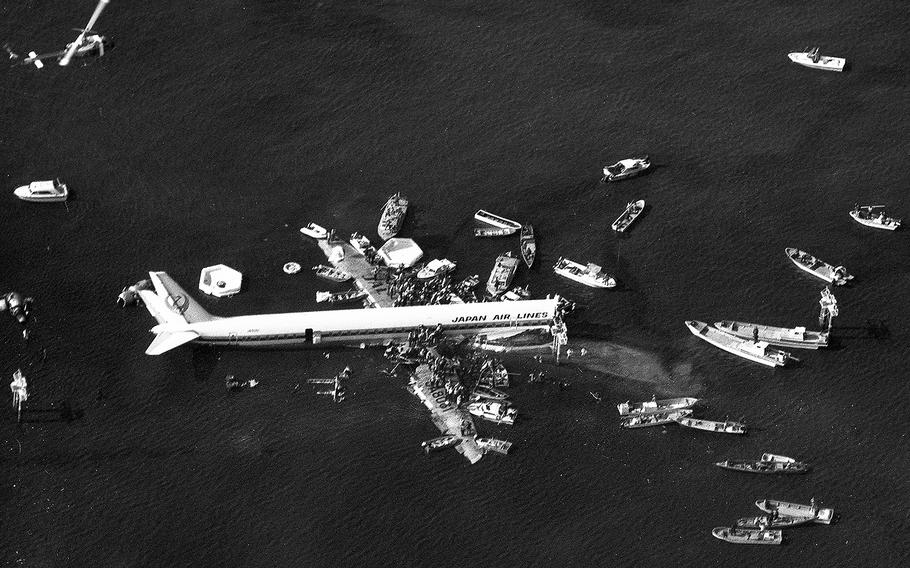 ©Stars and StripesTokyo, February, 1982: Boats surround a Japan Air Lines DC-8 that crashed in a shallow part of Tokyo Bay while landing at Haneda International Airport, killing 24 of the 166 passengers and crew on board as the fuselage split in two. An investigation later found that the cockpit crew on Flight 350 engaged in a struggle during the approach to the airport, and captain Seiji Katagiri had deliberately caused the crash. He was eventually found not guilty by reason of insanity.

RELATED MATERIAL: A 1982 Stars and Stripes story about the crash.