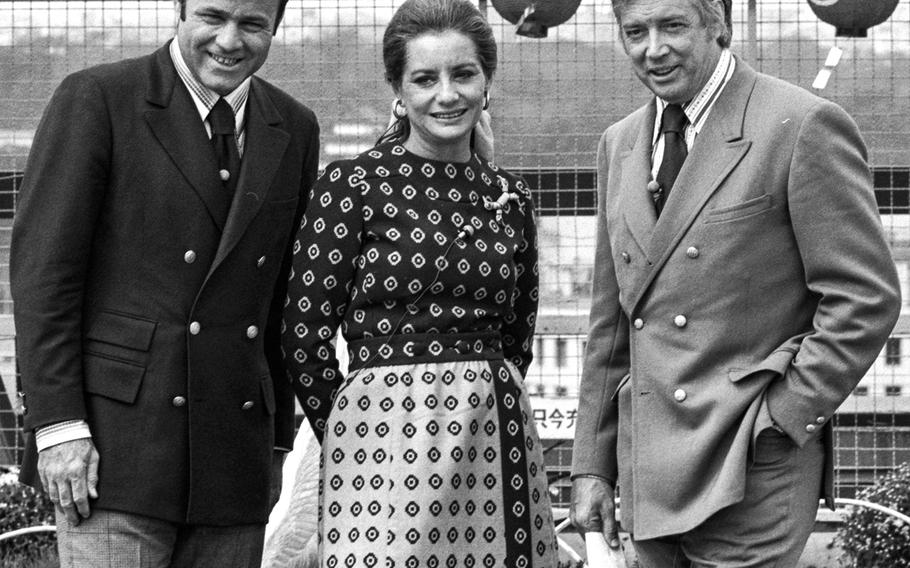 Katsuhiro Yokomura ©Stars and StripesTokyo, October, 1971: "Today" hosts Joe Garagiola, Barbara Walters and Hugh Downs pose for a photo on the roof of Tokyo's Daimaru department store, where they were taping the NBC morning show for later stateside broadcast. Downs was leaving the show in a few days after nine years as host. Hugh Downs, a World War II veteran, died July 1, 2020 at age 99.

RELATED MATERIAL: Stars and Stripes' 1971 story about "Today" in Tokyo.