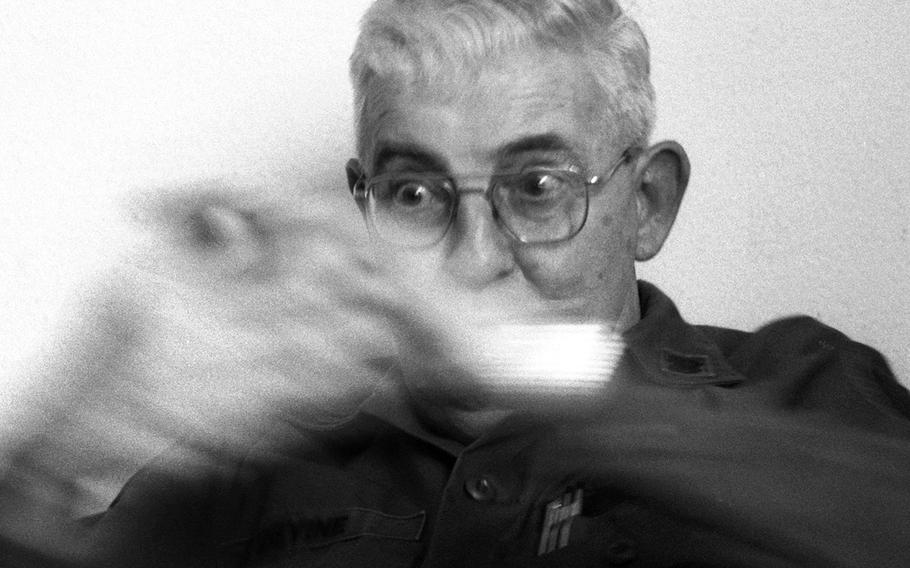 Ed Hill ©Stars and StripesGoeppingen, Germany, March, 1979: Chief Warrant Officer Gerald P. "Pappy" Devine gets right into his description of an aerial battle from his days as a fighter pilot. Devine flew 2,200 combat missions in a military career that went from World War II through Vietnam; he was credited with 8½ kills, but was also shot down nine times. "It became somewhat of a joke in my unit," he said of his tendency to lose planes. "I went out to the flight line one morning to find out that my crew chief had painted five little American flags on the cowling of my plane."