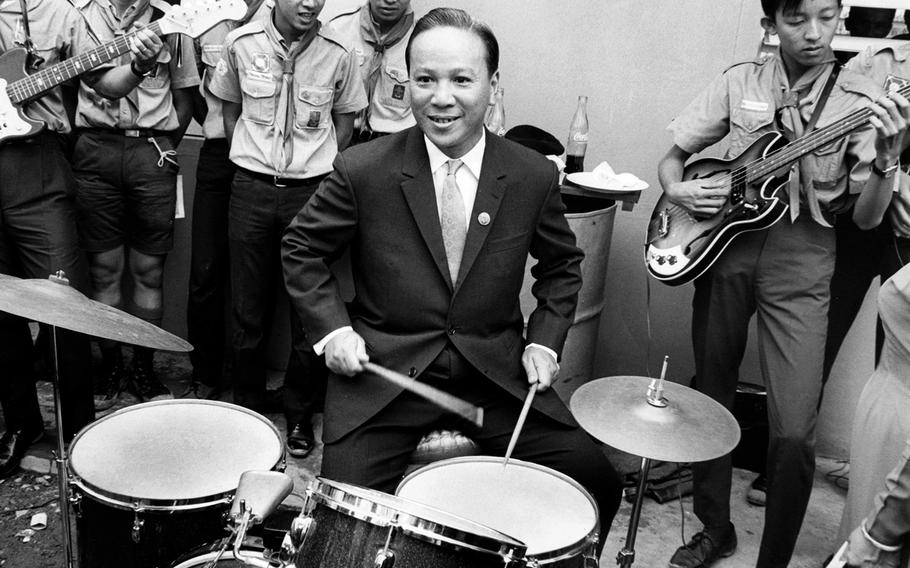 Song Jung Il ©Stars and StripesSouth Vietnam, July, 1969: President Nguyen Van Thieu sits in on drums for an impromptu musical session during dedication ceremonies for a rehabilitation center built by South Korean army troops. Thieu served as South Vietnam's wartime president from 1967 until the North Vietnamese prevailed in 1975; he eventually settled in the Boston suburbs, where he lived in obscurity until his death in 2001.