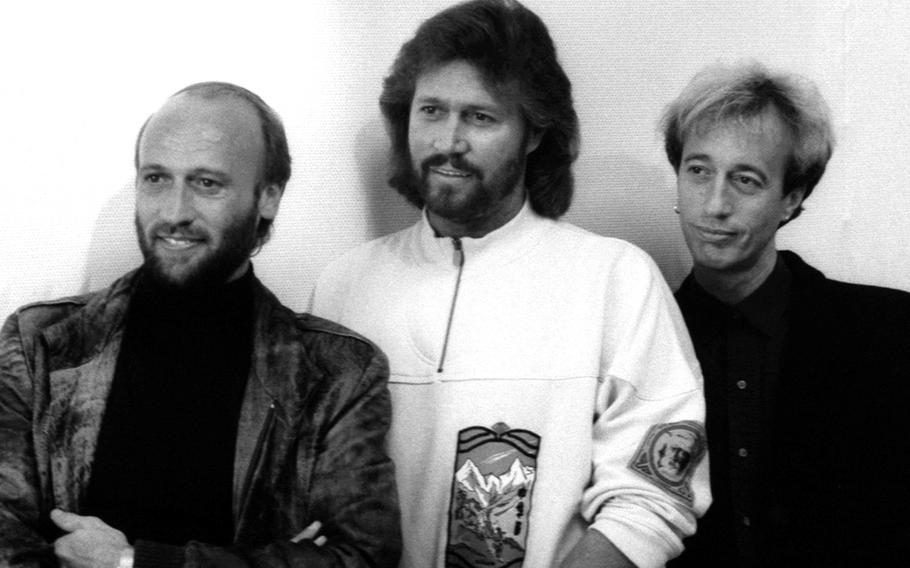 Dee Dee Doke ©Stars and StripesSaarbrucken, Germany, March, 1989: The Bee Gees — Maurice, Barry and Robin Gibb, left to right — pose for a photo at a press conference marking the start of their 1989 world tour. The brothers gained fame in the 1960s with such songs as "Holiday," "I've Got To Get a Message to You" and "I Started a Joke," then reinvented themselves as one of the top disco music acts of the 1970s.