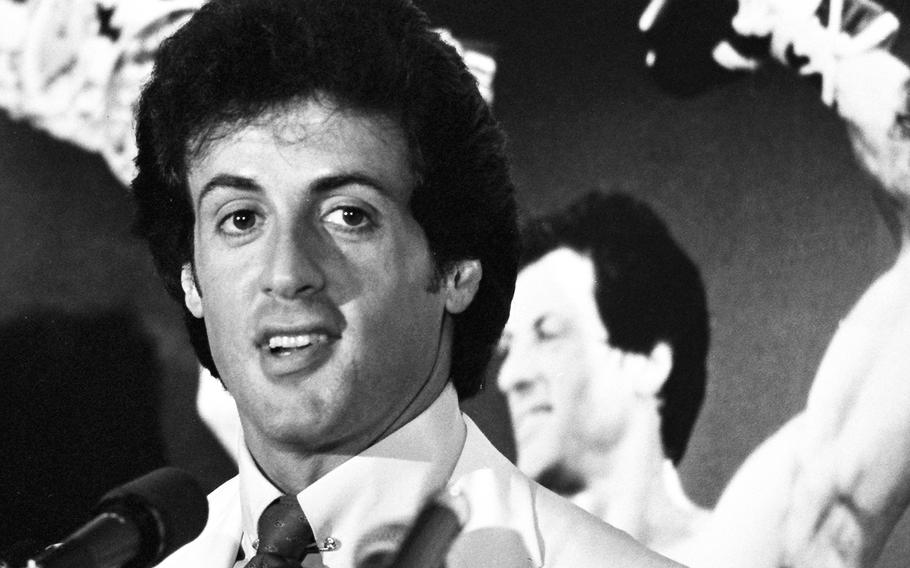 Ken George ©Stars and StripesTokyo, June, 1982: With a photo of himself in the role of a triumphant Rocky Balboa as a backdrop, Sylvester Stallone talks to the press about the third in his series of films about the underdog boxer. Stallone said "Rocky III" was to be the last of the series (it wasn't), and that he was setting his sights on a Vietnam War-themed project called "First Blood" (which also became a series of movies, about the character John Rambo).