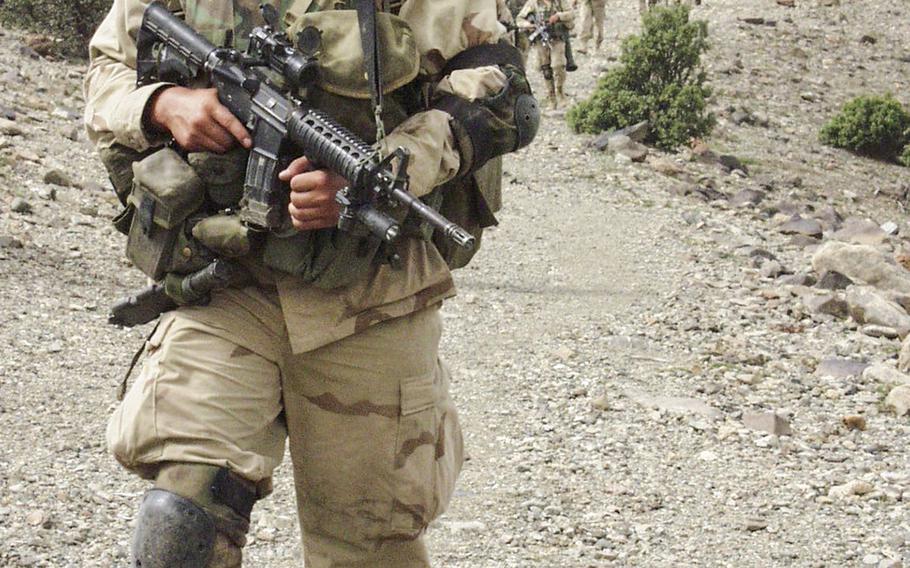 Scott Schonauer ©Stars and StripesNarizah, Afghanistan, August, 2002: A U.S. soldier with the 82nd Airborne Division hikes a long a mountain trail in Afghanistan's Khost Province, near the Pakistan border. About 2,000 U.S. and coalition troops took part in Operation Mountain Sweep, searching for al-Qaida and Taliban members in eastern and southeastern Afghanistan, in what was the largest military effort in the war on terrorism since Operation Anaconda.