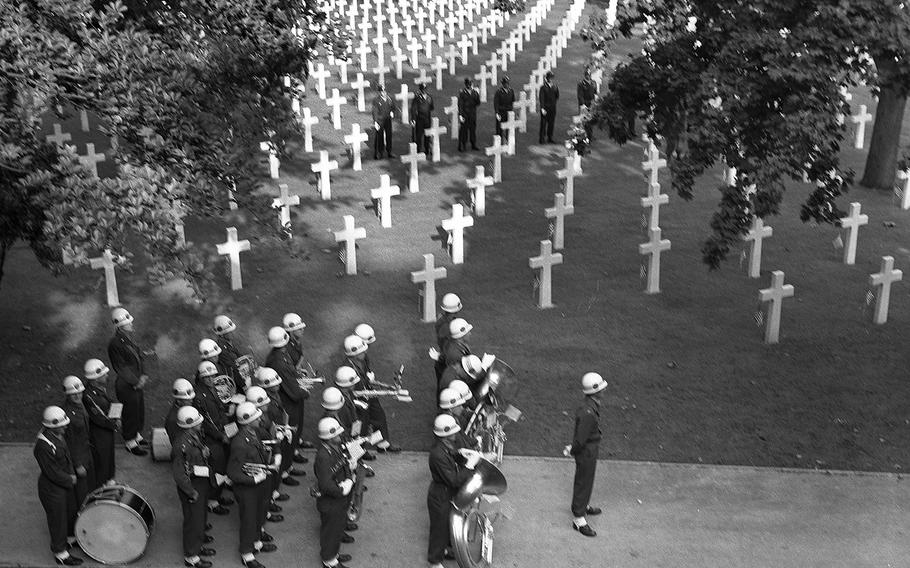 Red Grandy ©Stars and StripesSuresnes, France, September, 1952: A band awaits the start of the dedication ceremony at the military cemetery at Suresnes, just outside of Paris. Dignitaries in attendance included five ambassadors, at least 57 officers of general or flag officer rank, and former Secretary of State Gen. George C. Marshall, who pledged that U.S. forces in Europe "will not go home until our friends here feel that our presence is no longer essential to their freedom." Also speaking was Gen Matthew B. Ridgway, who said that his Allied armies were resolved to "crush to earth" any aggression which may arise.

RELATED MATERIAL: Stars and Stripes' 1952 story about the dedication ceremony at the Suresnes military cemetery.