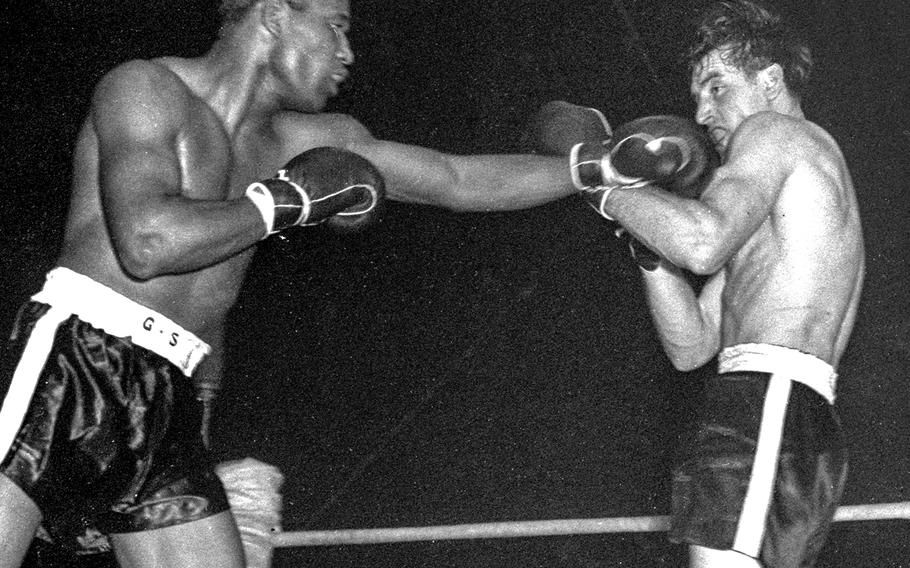 Henry Toluzzi ©Stars and StripesFrankfurt, West Germany, December, 1950: World welterweight boxing champion Sugar Ray Robinson connects with a left during his non-title victory over former German middleweight champ Hans Stretz at Frankfurt's Messehalle. Robinson knocked Stretz down seven times before the fight ended 30 seconds into the fifth round. It was Robinson's last bout as a welterweight; in February, 1951, he moved up to middleweight and took that title from Jake LaMotta.