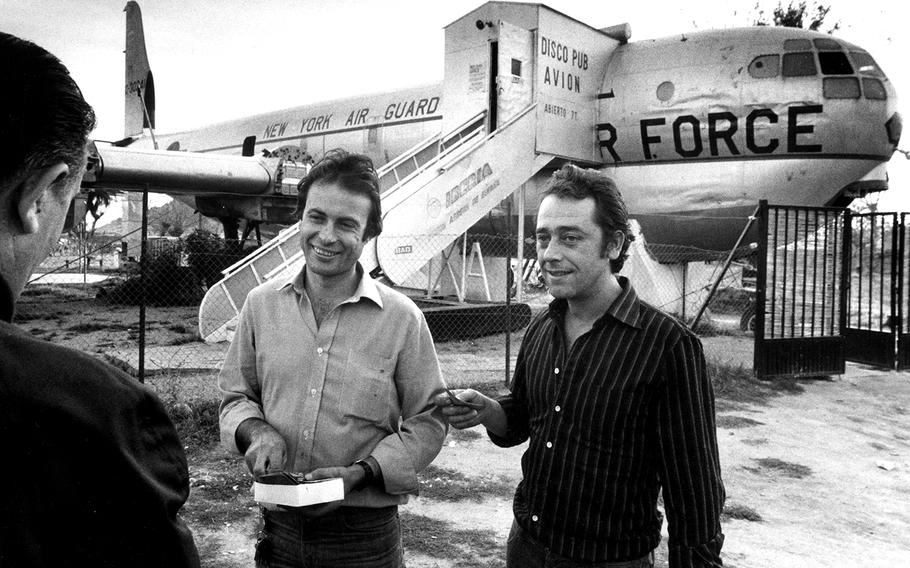 Red Grandy ©Stars and StripesSotillo de la Adrada, Spain, November, 1981: Owners Jose Luis Manzano and Jose Garcia Castro talk about their Disco Pub Avion nightclub, a surplus Boeing C-97 Stratocruiser once used by the New York Air National Guard. The plane, which was brought to Spain as a source of spare parts for the Spanish air force, was reportedly destroyed by fire in 1985.