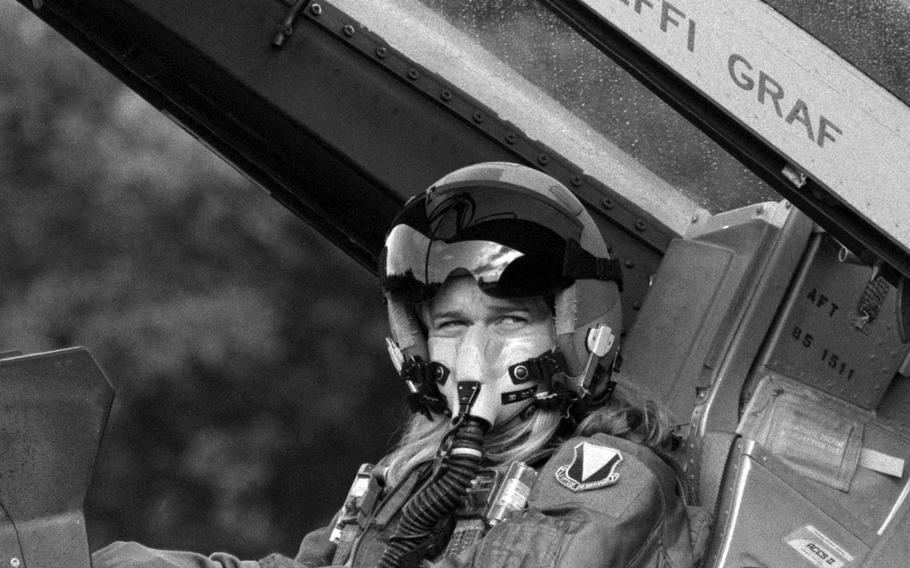 John Bohmer ©Stars and StripesRamstein Air Base, Germany, October, 1992: Tennis star Steffi Graf awaits a flight in an F-16D Fighting Falcon jet from the U.S. Air Force's 526th Fighter Squadron at Ramstein. With Lt. Col. Steven Teske at the controls, the world's second-ranked women's player enjoyed an hour-long ride over her hometown of Brühl (near Heidelberg) and the Rhine and Moselle river valleys. "She is obviously in extremely good shape," Teske said. "We did about an eight-G turn and she didn't even blink."