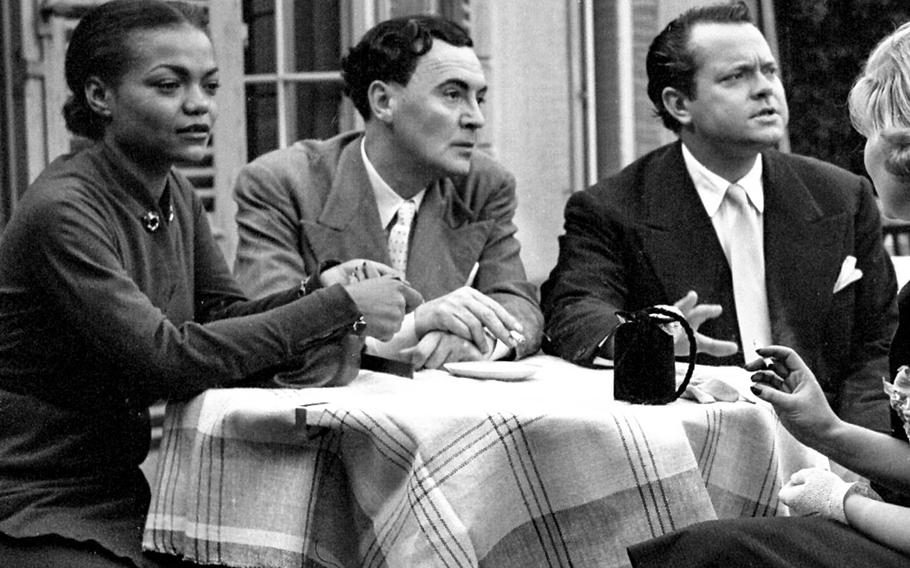 Gerald Waller ©Stars and StripesFrankfurt, Germany, August, 1950: The three stars of "An Evening with Orson Welles," a 2½- hour show that was drawing crowds of Americans and Germans to the theater at the Frankfurt Zoo, take a break. From left are 22-year-old Eartha Kitt, who went on to become one of America's top singers and actresses; the great Irish actor Micheal MacLiammoir; and Orson Welles, best known as producer, director and star of the 1941 film classic, "Citizen Kane."RELATED MATERIAL: Stars and Stripes' 1950 review of "An Evening with Orson Welles."