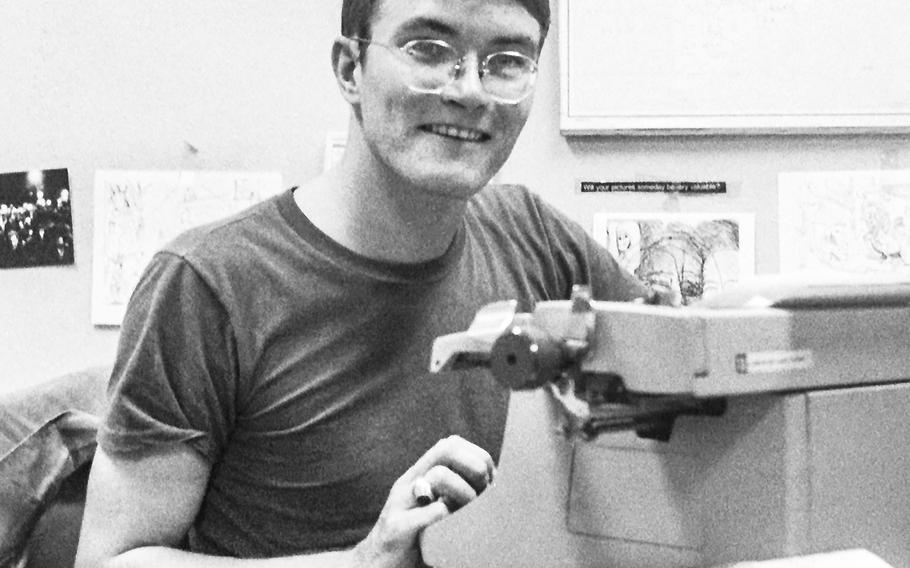 John Mueller ©Stars and StripesSaigon, December, 1970: Stars and Stripes reporter Spec. 5 Steve Kroft at his desk in the newspaper's Saigon bureau. On May 17, 2019, CBS announced that Kroft will retire after 30 years as a reporter for "60 Minutes," America’s most-watched news program. "60 Minutes" was created by one Stripes alumnus, Don Hewitt, and for years featured another, Andy Rooney.