Staring down the Soviets, 1961 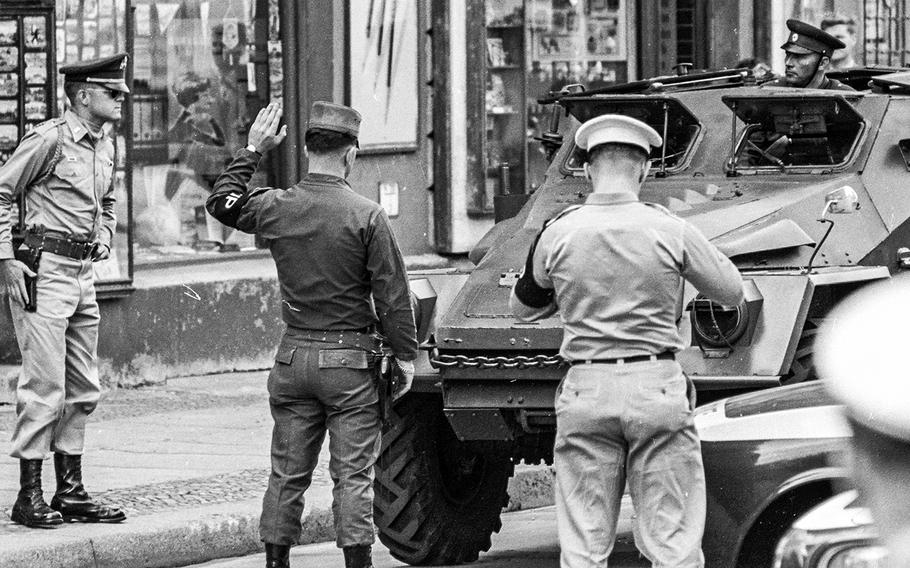 Gus Schuettler ©Stars and StripesBerlin, September, 1961: In a tense moment a month after the construction of the Berlin Wall, American MPs halt a Soviet armored vehicle during a standard procedure at Checkpoint Charlie, the best-known Cold War crossing point between East and West Berlin. The vehicle was part of a convoy bringing guards to the Soviet War Memorial, located near the Brandenburg Gate in the city's western sector.