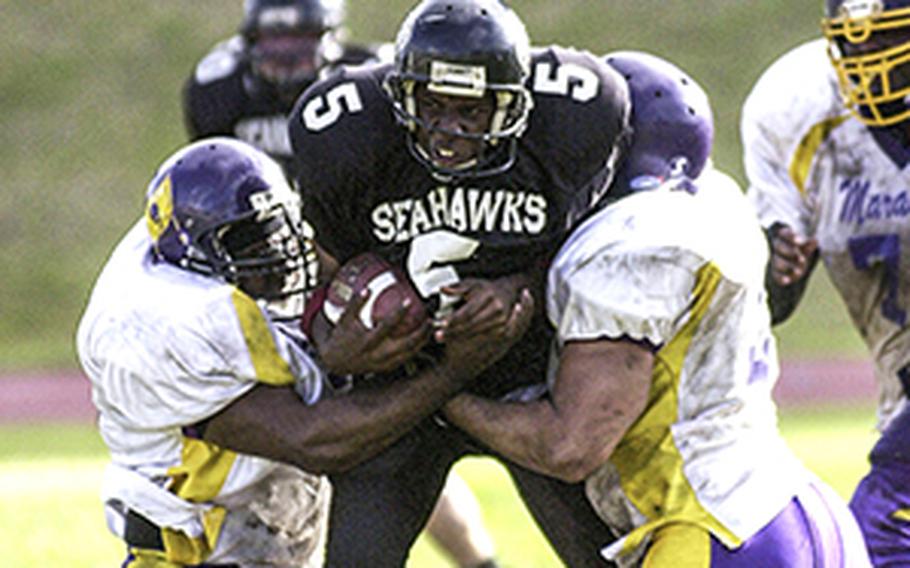 Jim Schulz ©Stars and StripesZushi, Japan, July, 2004: Yokosuka Seahawks quarterback Alvin Johnson gets sandwiched by a pair of Misawa Marauders defenders during a U.S. Forces Japan-American Football League game at Ikego Heights Naval Housing Facility. The Seahawks won 18-12 in four overtimes, as Jackson threw a pair of TD passes to Robert Trisby and ran for another.