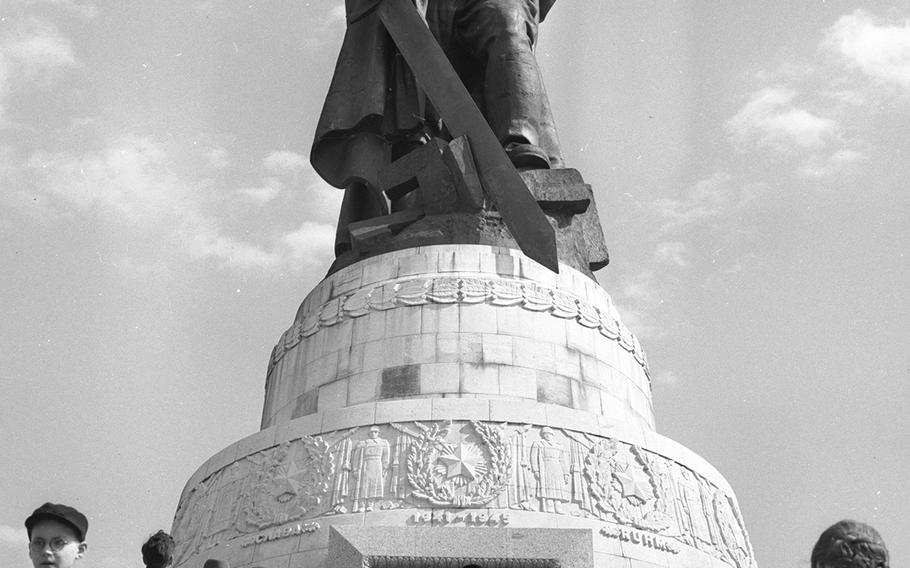 Henry Toluzzi ©Stars and StripesBerlin, May, 1950: Visitors crowd the steps of the Soviet war memorial in Berlin's Treptower Park. The statue of a soldier carrying a German girl while standing atop a crushed swastika was completed in the late 1940s as the centerpiece of a burial ground for 5,000 Soviet troops killed in the World War II battle for Berlin.