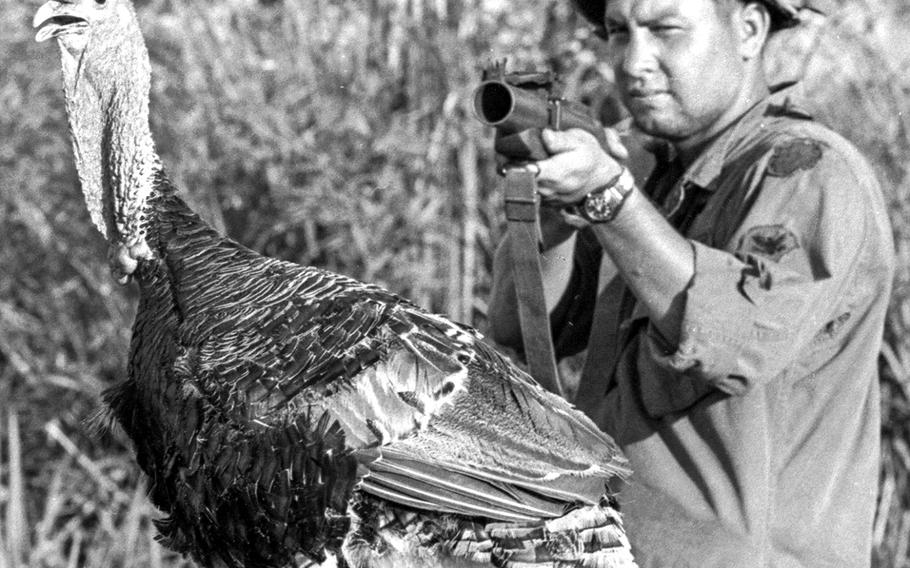 John Olson ©Stars and StripesSouth Vietnam, November, 1967: Spc. 4 Fred Gutierrez, from Las Vegas, may be wielding a bit more firepower than is necessary for the task at hand, but his goal is clear: A tasty Thanksgiving meal for C Company, 2nd Battalion, 39th Infantry, 9th Infantry Division at the nearby Bear Cat base camp. The ill-fated turkey was one of 57,000 sent in to provide as many as possible of the half-million U.S. service members in Vietnam with a traditional holiday feast. Also rolling through the supply chain for the 1967 meal were 225 tons of boneless turkey meat, 28 tons of cranberry sauce, 15 tons of mixed nuts, eight tons of candy, 11 tons of olives and 33 tons of fruitcake.