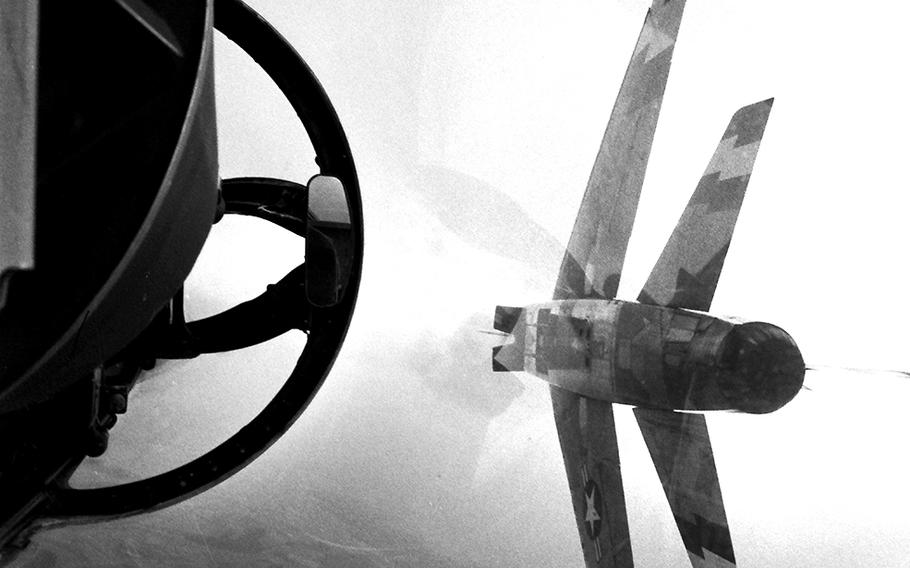 ©Stars and StripesBitburg, West Germany, July, 1960: A motorized, remote-controlled camera mounted on slot position pilot John F. Clayton's seat provides a dramatic shot of a vertical turn during a show by the Skyblazers, USAFE's aerial precision team. Millions of Europeans enjoyed the aerial dramatics of the Bitburg-based Skyblazers from 1949 until they were disbanded in 1962.

RELATED MATERIAL: Stars and Stripes' 1960 story about the Skyblazers.