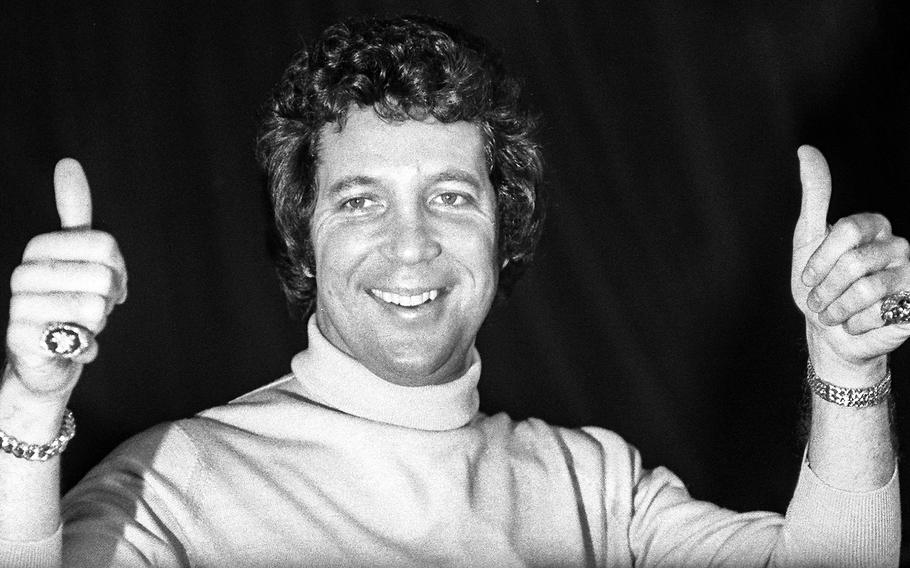 Hideyuki Mihashi ©Stars and StripesTokyo, February, 1973: Tom Jones gives a double thumbs-up during a press conference at the exclusive New Latin Quarter nightclub, where tickets for his upcoming performance were selling for a staggering 120,000 yen ($450, or more than $2,500 in 2020 dollars). "I don't make the decisions on what prices to charge, but when we found out that they were so expensive, I wanted to cancel the tour," Jones said. As a compromise, the club and the singer to agree to make donations to local charities. Tickets for his show at the Budokan Hall were available for a much more reasonable 3,000 yen. "I had a very good upbringing," said Jones, the son of a coal miner in South Wales. "I think that's one of the most important things in life. The way you're brought up as a child reflects on your adult life." Tom Jones, whose music is the subject of one of comedian John Mulaney's most popular routines, celebrates his 80th birthday on June 7, 2020.

RELATED MATERIAL:Stars and Stripes' 1973 story about Tom Jones in Tokyo.