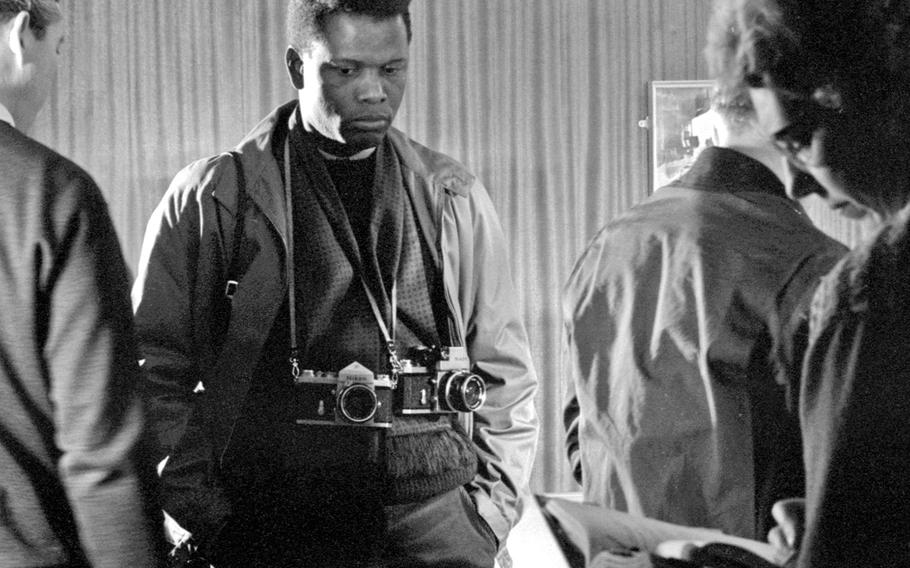 Red Grandy ©Stars and StripesLondon, November, 1964: Actor Sidney Poitier relaxes on the set of "The Bedford Incident" at Shepperton Studio. In the Cold War film, Poitier plays a reporter on a U.S. destroyer who grows increasingly alarmed by the behavior of skipper Richard Widmark during the pursuit of a Soviet submarine.

RELATED MATERIAL: Stars and Stripes' interview with Sidney Poitier during the filming of "The Bedford Incident."