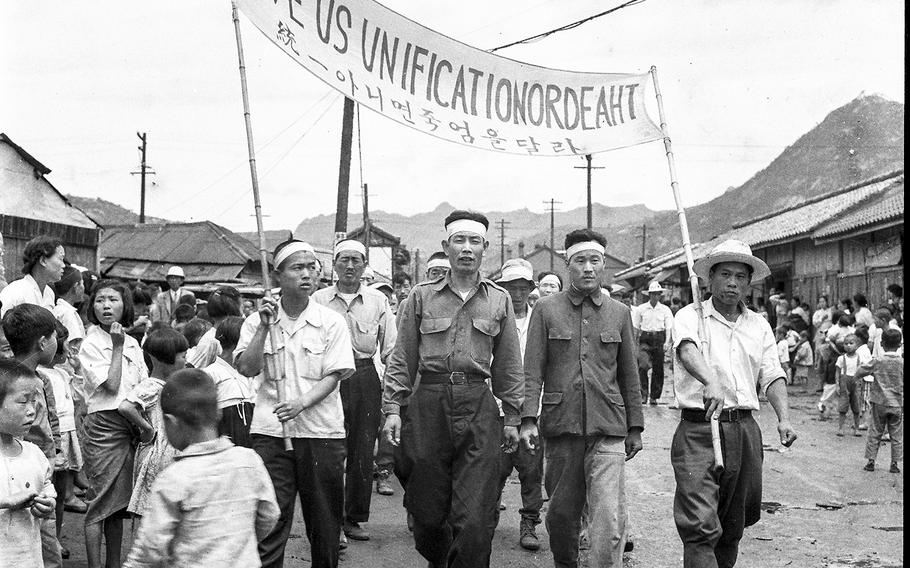 Frank Praytor ©Stars and StripesSeoul, Korea, 1953: Protesters in war-torn Seoul rally in favor of reunification with the north. As the conflict completed its third year, the issue of an armistice was a controversial one in Seoul. On June 25, a month before the truce was actually signed, President Syngman Rhee told a crowd of a half-million Koreans that the armistice agreement was a "death warrant," adding that the presence of Chinese forces in Korea and the proposal that India might bring armed forces into guard the prisoners were provisions in the treaty that he "absolutely cannot accept:" He added, though, that it was "with truly heavy heart that we should act contrary to the friendship of President Eisenhower and against his wishes ... We cannot act the other way, however, because if we do so we will have to face death."