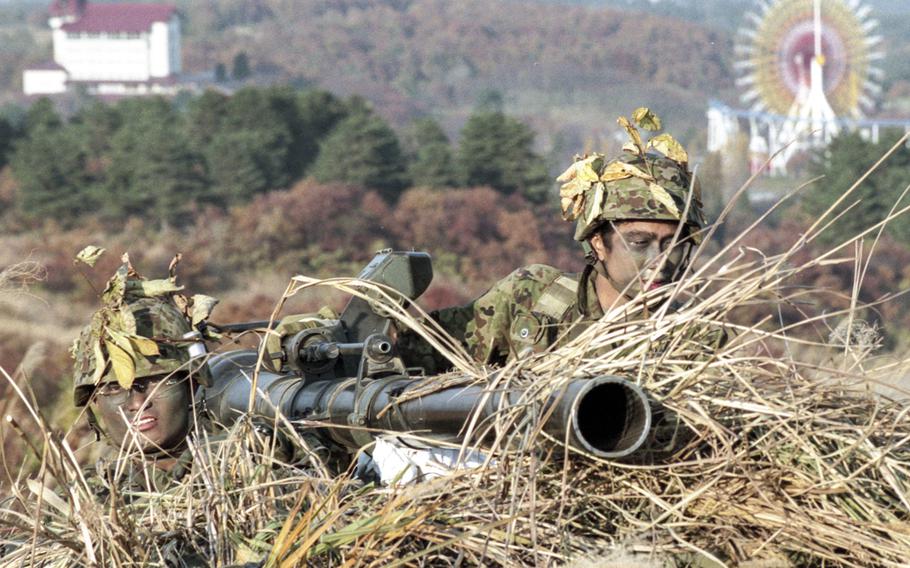 ©Stars and StripesNiigata Prefecture, Japan, November, 1997: Two Japanese Ground Self Defense Force soldiers man a 106mm jeep-mounted recoilless rifle during the Forest Light exercise at the Sekiyama Training Range. In the background is the Myoko amusement park. About 800 U.S. Marines from Camp Pendleton, Calif., joined the Japanese troops for the exercise.