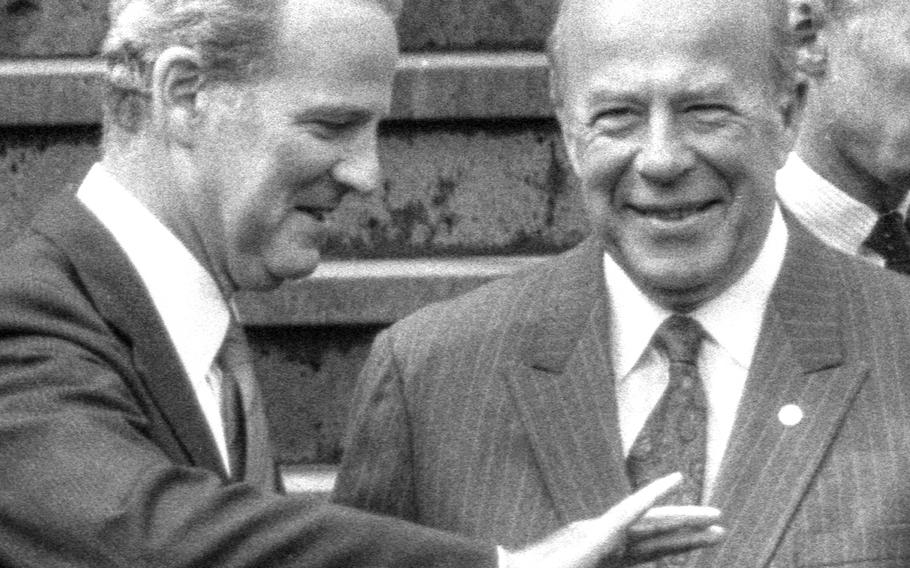 L. Emmett Lewis Jr. ©Stars and StripesBonn, West Germany, May, 1985: While President Ronald Reagan and other world leaders pose for photos on the grounds of the chancellor's official reception building during a three-day economic summit, Treasury Secretary James Baker, left, and Secretary of State George Shultz talk on the sidelines. Shultz, who served in the Marine Corps in the Pacific during World War II, died February 6, 2021 at age 100.