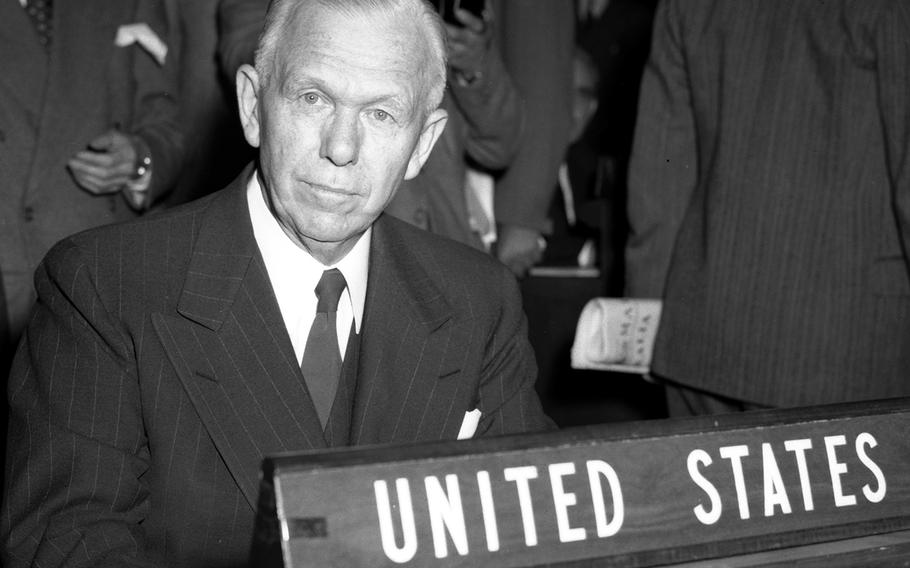 Gerald Waller ©Stars and StripesParis, September, 1948: Secretary of State George C. Marshall heads the U.S. delegation to the United Nations General Assembly meeting at the Palais de Chaillot. In his opening speech, he noted that three years after the U.N. was founded with a goal of protecting future generations from the scourge of war, "we are confronted with the need to save not only succeeding generations, but our own." Marshall, the nation's first five-star general, was Army Chief of Staff during World War II, and also served as secretary of defense during the Korean War. But it is for the Marshall Plan, the $13-billion postwar European reconstruction program, that he is probably best known today.

RELATED MATERIAL: Stars and Stripes' 1948 story about the U.N. in Paris.