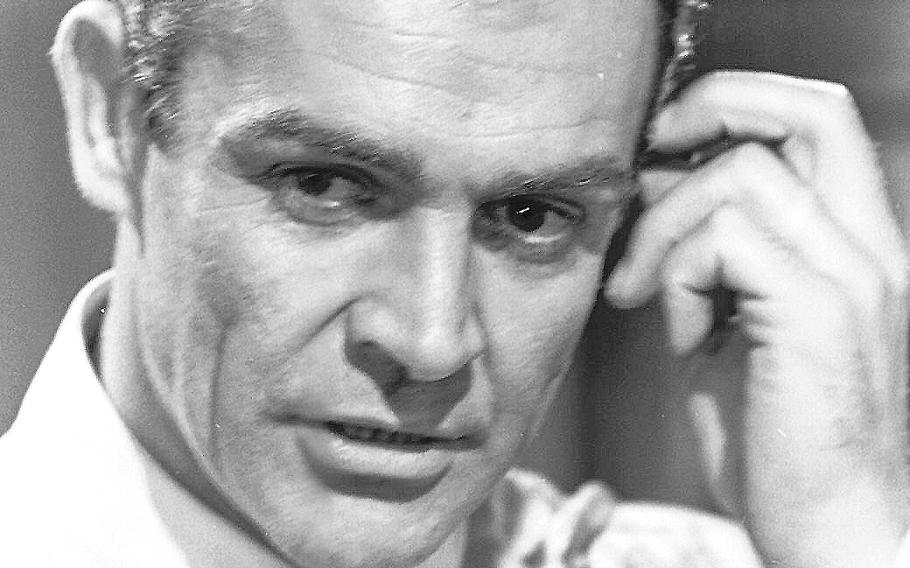 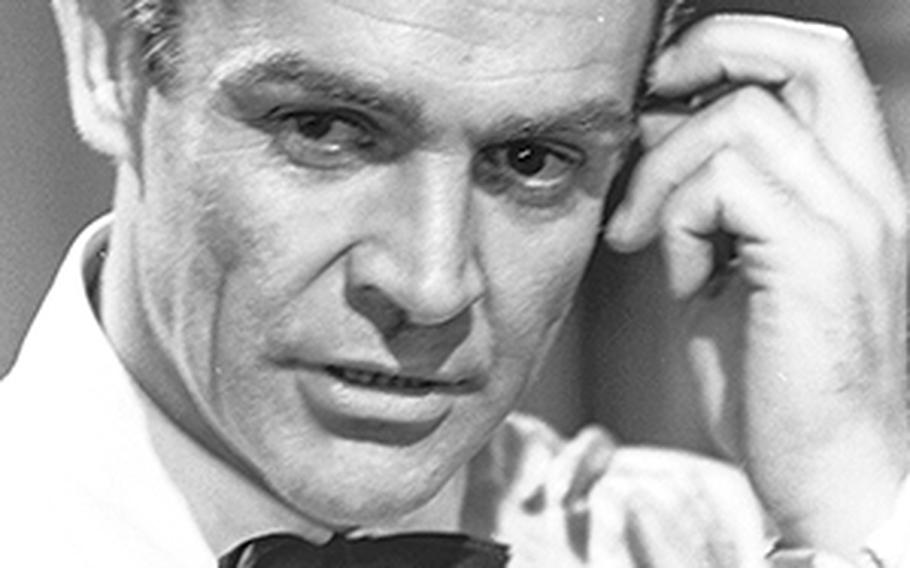 Bob Milnes ©Stars and StripesLondon, March, 1964: Sean Connery, as James Bond, rehearses a scene from "Goldfinger" at Pinewood Studio, near London. Connery starred as the suave British secret agent in the first five (and seventh) installments of a series of movies, based on Ian Fleming's novels, that continues into the current decade. The Scottish-born actor died October 31, 2020 at age 90.

RELATED MATERIAL Stars and Stripes' 1964 story about the filming of "Goldfinger."