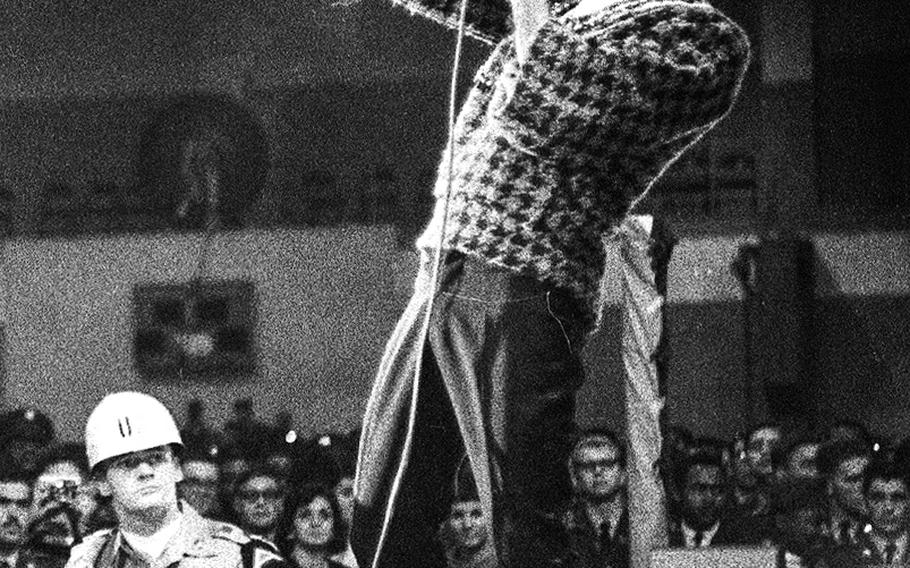 Gus Schuettler ©Stars and StripesHanau, West Germany, September, 1968: Sammy Davis Jr. performs for U.S. service members at the Fliegerhorst Caserne gym. "The big-band sound blasted through the gym as Davis socked it to 5,500 soldiers in uniform, a Stars and Stripes story about the concert said. "He belted out soul, pop, rock and blues. He played drums and the vibes. He tap-danced and gave impersonations for the roaring crowd, putting on a two-and-a-half-hour show."

RELATED MATERIAL:Stars and Stripes' 1968 story about Davis's concert in Hanau.