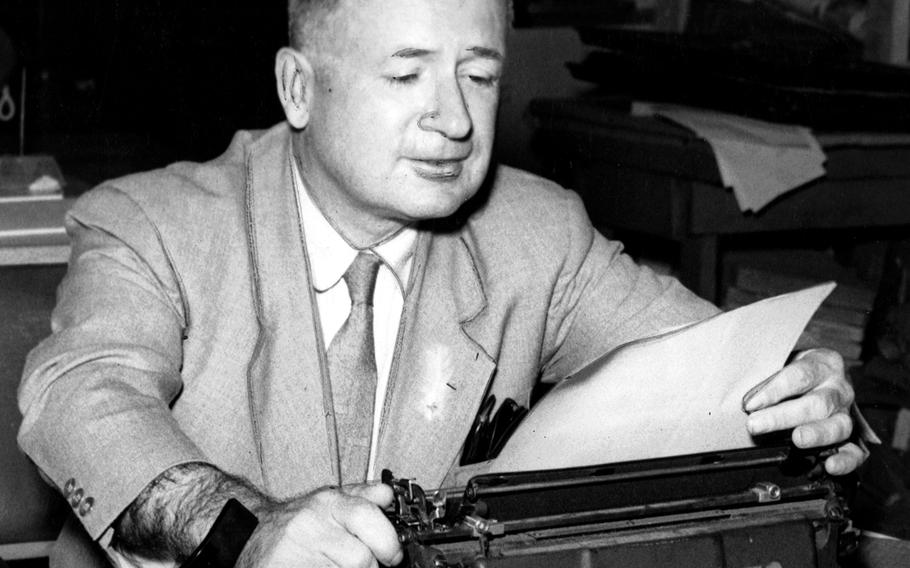 ©Stars and StripesTokyo, May, 1953: Military historian Brig. Gen. S.L.A. Marshall visits Stars and Stripes' Tokyo office on his way back from Korea to his job as an associate editor at the Detroit News. Marshall, who as a soldier and reporter observed conflicts from the Pancho Villa Expedition to the Vietnam War, remains a controversial figure among military members 41 years after his death. Much of the controversy centers around his "ratio of fire" theory which held that no more than 15 to 20 percent of troops fired their weapons in combat.