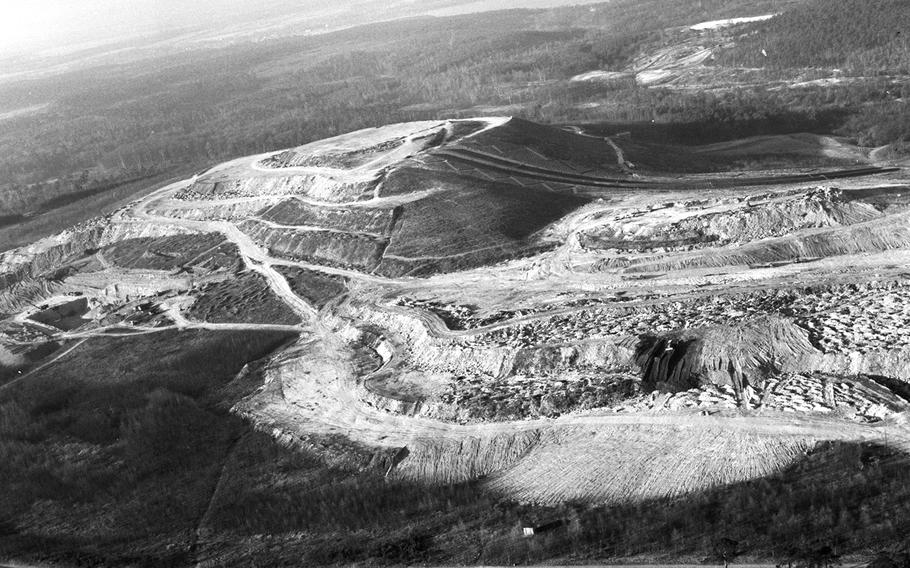 Ted Rohde ©Stars and StripesBerlin, November, 1967: Berlin's Teufelsberg, a pile of rubble rising more than 200 feet (so far) above the surrounding countryside, is seen from a helicopter of the Berlin Brigade's Army Aviation Detachment. "Devil's Mountain" was built on the site of a Nazi military college from millions of cubic yards of debris from the city's devastation during World War II. It was eventually not only the site of an American Cold War listening post, but a ski jump as well; it is now forested land.