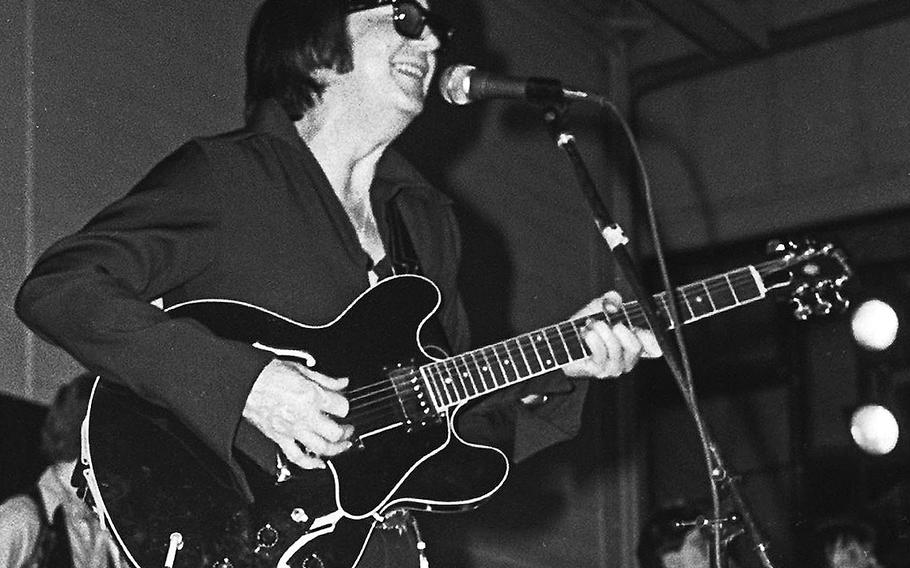 Marty Davis ©Stars and StripesRAF Mildenhall, England, August, 1982: Roy Orbison, one of rock music's first superstars, sports his trademark sunglasses as he performs for a crowd of 600 at the Mildenhall base gym. Orbison's life was a mixture of great triumph and great tragedy. He sold millions of records, but two sons died in a 1968 house fire. And just as he was capturing a whole new audience as a member of the Traveling Wilburys, he died of a heart attack in December, 1988.