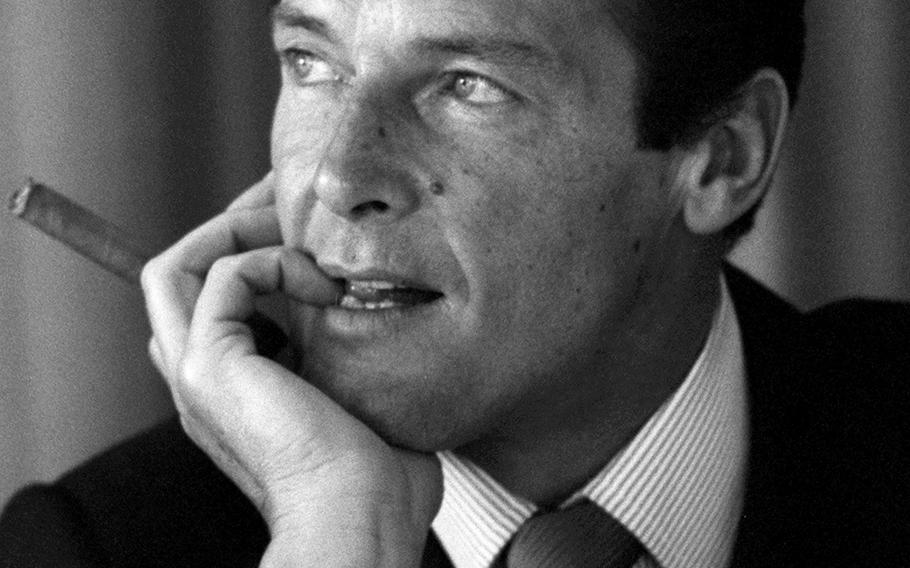 Red Grandy ©Stars and StripesFrankfurt, West Germany, August, 1974: Actor Roger Moore meets with reporters during a promotional tour for his latest film, "Gold." Moore said that he had no worries about being typecast by his previous role as James Bond; as he put it, "I'm delighted to be typed in any role that's successful — brings in the money." Sir Roger Moore died May 23, 2017 at age 89.