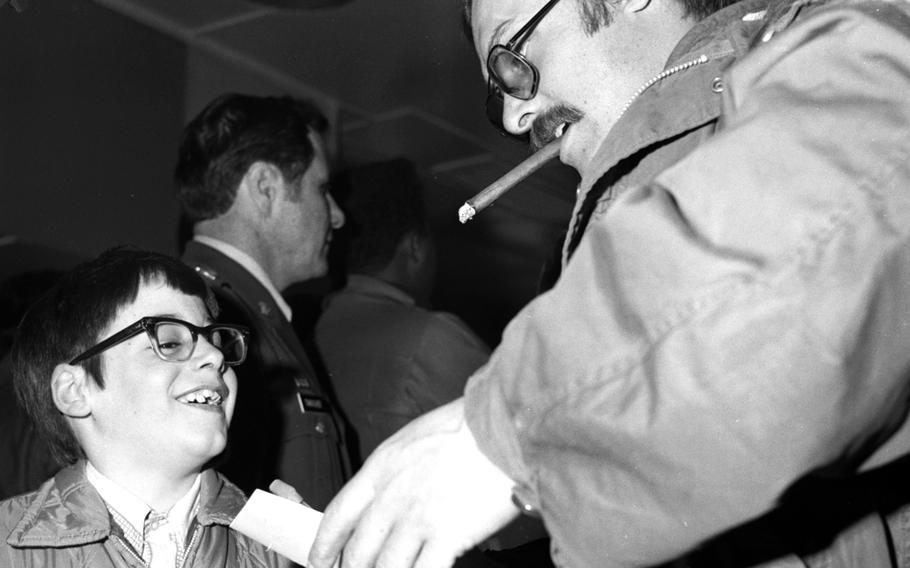 Tae Won Chung ©Stars and StripesSouth Korea, March, 1975: Running back Rocky Bleier of the Pittsburgh Steelers talks with a young fan during a USO tour of bases in South Korea. Bleier served with the 196th Light Infantry Brigade of the Army's Americal Division in Vietnam, and suffered severe leg wounds that threatened his football future. He worked his way back, and was a key member of the Steelers team that won four Super Bowls. Bleier was joined on the 1975 Far East USO tour by teammate Ray Mansfield, Carl Eller of the Vikings, Ahmad Rashad of the Bills (soon to be a Viking) and Tom Mack of the Rams.